Jersey's Dean, Victory or Climb Down ???? 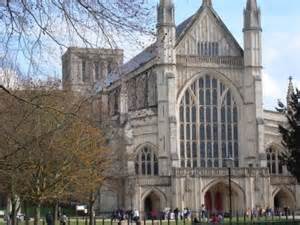 Yesterday there was a press release stating that the Dean had been reinstated. The news was met with jubilation by the Dean’s supporters who believed that the withdrawal of the Dean’s Commission had been unfair and in the words of Senator Bailhache “was disproportionate to any alleged failings of the Dean.”

There are others who believe that the reinstatement is a climb down or a U turn by the Bishop. It will be for the respective camps to justify their claims but I do not believe the reinstatement is a victory for Senator Bailhache but if there is a climb down by the Bishop, he is not alone. I do however believe the matter has been badly handled and the leading players are now attempting to justify decisions taken some weeks if not years ago.

I have always deplored lengthy suspensions because of the impact they not only have on the employee but also on their family. John Day and Graham Power and others were cruelly suspended for years yet unlike the Dean they were not supported by the Church, Chief Minister, and Senator Bailhache etc. Why? I understand that a police officer who had been suspended since last November has recently been told that his suspension has been lifted with no charges forthcoming but where was the outcry where were the prayers?

I am pleased that the Dean’s Commission has been reinstated because it now seems to have been a pointless exercise. However we are not party to what the “new Commission” is? The Bishop now appears to have acted decisively and humanely but questions need to be asked as to what was the real reason for the withdrawal in the first place? Normally suspensions are instigated to allow for the completion of investigations into the complaint; however the Investigation/Visitation has not been completed. So was the suspension because of the Dean’s failings or to bring him to heel?

For those who claim a victory or climb down it is worth reflecting on the Press Statement.

It should be noted that although the Dean has publicly apologised to HG he has not done so personally. I hope that along with the Bishop and Archbishop they will feel “humble, Christian and Godly enough” to meet HG and personally apologise to her, anything less is not an apology. This morning I heard the Dean and the Bishop’s interviews on Radio Jersey but little if anything was said about the lady at the centre of the affair. Why?

It is apparent that in addition to the apology, as part of the re-instatement “package” the Dean has effectively had to eat the proverbial “humble pie” and “climb down” by accepting the alleged failings referred to by Senator Bailhache.

1. He has confirmed that he shares the Bishop of Winchester’s and Archbishop of Canterbury’s stated commitment to safeguarding in the Diocese and the wider Church. (Did he not share that commitment before the suspension?)

2. He has also agreed that, in the light of recent events, there are areas in Jersey Canon Law which would benefit from further review and is committed to working with the Bishop as necessary to revise them. (Were these issues not discussed before the suspension, if not why not?)

3. He regrets the mistakes he made in the safeguarding processes and upon reflection, it would have been more helpful if he had co-operated more fully with the Korris Review. (What mistakes are being regretted and why did the Dean not co-operate with Jan Norris?)

4. He will be co-operating with the Visitation and Investigation announced by the Bishop on 26 March. Together with the Bishop he is committed to the importance of safeguarding children and vulnerable adults in Jersey and to working to ensure the safeguarding procedures of the Diocese achieve this as part of the whole Church's mission." (Surely as Dean, does he not have a duty to co-operate?)

In relation to the Visitation it should be recalled that in the Korris Report/Review the following potentially very serious matters came to light relating to the Dean which must be investigated as soon as possible these include;

1) Allowing a church warden to operate in contravention of the Safeguarding procedures and the training he had undertaken.

2) Failure to notify the Safeguarding Advisor on receipt of the complaint.

3) Failure to implement and act in accordance with Diocesan Safeguarding Procedure in the handling of the initial complaint interview.

4) Failure to record and make all documentation available for a review of a Safeguarding matter as required by the Safeguarding procedures.

5) Despite the request of the Bishop of Winchester, unwillingness to permit review of safeguarding practice and also discouraging others from participating.

The Report also stated that there will also be a need for an investigation into the deportation of H.G. on 11th October 2010 and why there is a complete lack of recording of this matter by Dean from the date of her arrest. (I will return to this matter later.)

Are these matters going to be addressed or will they be swept under the carpet as part of the “package deal?”

The way people in positions of responsibility process allegations of abuse is at the very heart of the complaint. We have seen how the BBC failed to address allegations of abuse about Jimmy Savile. His victim’s claims were conveniently ignored because of who people perceived Savile to be. The victims like HG were deemed to be trouble makers, but now it has been established that Savile was guilty, those who dealt with the initial allegations are now conveniently apologising for their “mistakes.” What a let off. What about the victims?

Jersey is so concerned about the reporting mechanism that in the impending Historic Abuse Inquiry that issue is part of the Terms of Reference. Yet it appears that the Dean’s handling of HG complaint can be dismissed by way of an admission that it was a mistake along with an apology which has not been given to HG. However was the complaint not dealt with properly because of whom the Church Warden was or was it a genuine mistake? Will the Visitation provide an answer?

HG is now being demonised because according to some people she has made a similar complaint before. I understand that allegation has no substance however if it was true, that does not deny her or anyone else being treated fairly when making a similar allegation. The Dean’s problem is not that he is the abuser but that he failed to address the matter in a professional way to which he has now accepted and apologised. So it matters not who the complainant is.

What has been forgotten is that it was not only the Dean who failed HG but so did the former Bishop of Winchester and the failures have had serious repercussions for her. In her quest for justice she did make regular email contact with both men, however to solve their problem HG was arrested early on a Sunday morning taken to the police station and detained overnight before appearing in court and being remanded in custody for two weeks. In previous Blogs I have mentioned the arrest and that I have asked the Chief Minister to instigate an investigation. Given the Dean’s admission to his failings surely HG is entitled to a review of her arrest and conviction.

Once I have further information about the arrest I will publish another Blog on the arrest. What is now is now evident is that after being convicted, HG was placed into a police car which called at her lodgings, she was not allowed to collect her belongings but was left in the car whilst a police officer collected some of her clothing before driving her to the airport and putting her on a plane. She arrived in Southampton in the dark with no support or friends to meet her. This is the way Jersey treats people who make abuse complaints.

I heard Matthew Price on Radio Jersey this morning interviewing Bishop Dakin. Matthew repeatedly pressed the Bishop about HG’s welfare and official apology but he would not be forthcoming, no wonder HG has any confidence in the Church of England. However to her credit she is willing to see John Gladwin. I hope she fares better with that former Bishop.

For the convenience of new readers my 3 previous Blogs on the Dean’s suspension can be accessed by clicking onto the websites below.