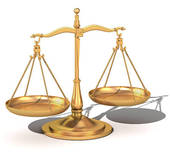 Readers who have followed my Dean Blogs will know that from the very outset I raised concerns about the circumstances which led to HG being “deported” from Jersey and left destitute in the UK. I questioned whether the agencies with responsibility with dealing for people like HG had the competence and resources. Having read and re read the Korris Report, Senator Bailhache’s letter and documentation provided by HG my concerns have not been allayed but have increased. On Page 41 of her Report Jan Korris states “The decision and manner of HG’s deportation requires investigation. It is clearly a matter of concern that a vulnerable adult in such a distressed state could be removed from Jersey with no thought of her imminent needs.”

I agree with Jan Korris and although I have repeatedly requested the Chief Minister to instigate an investigation, his failure to even respond can only indicate that he will not to agree to my request. The arrest is not included in the Visitation Terms of Reference and it is unclear whether the proposed investigation into the Dean’s handling of HG’s complaints will come within its remit.

However the purpose of this Blog is to allow readers an insight into the circumstances that led to HG’s arrest and removal from Jersey.

It is evident that HG had made complaints to the Dean, the Bishop and the States Police. It is also evident that whilst there was some substance to her complaint against the Church Warden, the police did not have sufficient evidence to level criminal charges. In page 40, Korris states “it is debatable once the police case had been settled whether HG’s abuse complaints remained a Safeguarding issue. However as soon as HG started to make complaints against Officers of the Church in December 2008 it may have been helpful for the task of investigating this to have changed hands.”

Unfortunately the same people tasked with addressing HG’s abuse complaints then addressed her complaints against them for abuse of process. This seems extraordinary given that HG had informed Lambeth Palace of her complaints. I understand that the Church of England has access to a wide range of agencies with the relevant expertise including Autism yet it is apparent that little or no contact was made for advice or assistance.

HG had a double grievance, her allegation against the Church Warden and also against the Church Officers, their wives and the Safeguarding Officer who in HG’s eyes was not acting impartially. This grievance lasted (and still does) from December 2008 until September 2010. It is apparent that in seeking justice, HG sent hundreds of emails to the Dean, Bishop and the Safeguarding Officer Jane Fisher which were often copied to various other people. To remedy the problem the States Police were eventually contacted and apparently suitable words of advice were given along with a Harassment Order which HG denies receiving.

It appears that on Sunday 26th September 2010 a church service was due to take place in which both the Dean and Bishop would be attending. It is alleged that HG made a telephone call in the late afternoon of Saturday 25th September in which she was rude and threatened to disrupt the church service. Although Korris (page 25) states that the Bishop made a statement at the Deanery on 26th September the statement was taken some hours AFTER HG had been arrested and not before as reported by Korris. Korris goes on to state that the Bishop’s statement was made with the expectation that this would enable the police to keep HG from disrupting the Service that day. Was he that naïve? Statements were also taken that afternoon from the Dean and Mrs Key.

What is evident is that earlier at around 930am two States Police officers had called at HG’s home and arrested her on suspicion of harassment. It appears that HG was arrested and the evidence to justify the arrest and detention was obtained some hours after the arrest and HG was charged some 11 hours after her arrest and well after the Church Service.

What is also evident but deemed irrelevant is the fact that on the Sunday morning HG was getting herself ready to lend support at a charity event. She was arrested from her home; she was in full employment and of good character. If she was arrested to prevent disrupting the Church Service, why was she not bailed after the Service and warned to attend the Magistrate’s Court the following morning?

HG was held in custody overnight and taken by prison van to the Magistrate’s Court on the Monday morning. Legal Aid in Jersey is not as advanced as in the UK; however HG was seen by a duty advocate who advised her to reserve her plea and to apply for bail.

HG did not appear before the Magistrate until almost lunch time. The Court Transcript records the Magistrate twice stating that the matter was not an ordinary run of the mill case, yet no explanation is given. What he did say was in normal circumstances with a case such as this, conditional bail would be quite normal. Yet it is apparent that he sought excuses to deny bail. HG’s Advocate stated that HG had somewhere to live, had been living there for 6 months and gave details of her current employment; if she did not turn up that day she might lose her job. HG also understood that any breach of bail would lead to her arrest. However despite the facts and assurances HG was remanded in La Moye prison for two weeks.

HG appeared at the Magistrate’s Court two weeks later where the two original charges were dropped but replaced by a third. It will be for others to take me to task but it appears that there was a great deal of behind the scenes activity to find the most expedient way of dealing with a touchy and sensitive situation. The rationale for the change was that the original charges included the Bishop and Jane Fisher who lived in the UK. On page 24 Korris mentions Jane Fisher writing to the Bishop on 14th August 2010 expressing concerns as to how harassment to which they were being subjected, could be handled. Adding that if a court case was involved she felt the Diocese would be rather exposed, saying “I don’t think we have written evidence to support any investigation into her complaints against us at all” worrying that the Diocese’s competence could be questioned, “Particularly in light of the internal debate- well documented-about an independent review.”

By removing the Bishop and Jane Fisher from the charges it paved the way to bind HG over to leave the Island on the grounds that she was homeless and unemployed and could no longer harass the Keys. However it should be recalled that only two weeks earlier HG could not be bailed because she was allegedly homeless and unemployed. HG has stated that she feared that if she did not agree to be bound over she would be subjected to a further period in prison.

However where was the logic in binding HG to leave the Island where she would be destitute and a possible risk to the Bishop and Jane Fisher, but logic did not play a part in the Court’s thinking. Like Pontius Pilate the Magistrate washed his hands of the matter. After being sentenced arrangements were made for a flight later that day. HG was held in custody until she was placed in a police car to be transported to the airport. She pleaded with the officers to allow her to collect her belongings from her home which was on the way to the airport. Her plea was respected but rather than allow her to enter her home to collect her property she had to remain in the car whilst a police officer rummaged through her belongings selecting various items to be taken on the plane.

HG arrived in the UK on a dark October night with no means of support, homeless, unemployed and with criminal record. On page 25 Jane Fisher is reported as saying that "she was shocked that HG was bound over and summarily deported from the Island for 3 years and put on a plane with no-one to meet her. No planned accommodation and no accommodation." I wonder whether the Dean and the Bishop were also shocked.

Last Thursday the now re-instated Dean led the 68th Liberation Day Service to celebrate the ending of 5 years of the Nazi Occupation of Jersey. 70 years ago the Occupying Nazi's gave many Jersey families very short notice to report at the harbour to be deported to Germany. They were more fortunate than HG because they were given the opportunity of choosing what they could put in their suitcase. Some small consolation I suppose, but did HG’s punishment fit the crime, did she deserve to be deported and have we learnt nothing from the past?