Jersey's Dean and the Victim's Tale 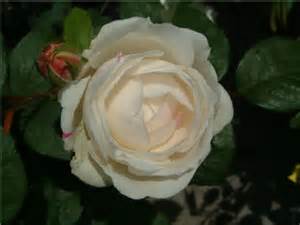 Readers who have been following my two previous “Dean Blogs” below will be aware that considerable concern has been expressed about the health and whereabouts of the victim known as HG. Last Thursday a person purporting to be HG made contact with me and after making relevant checks I am satisfied as to her authenticity.

The matter is now quite involved but in summary, in July 2008 HG made a complaint to Jersey’s Dean about being the victim of inappropriate conduct by a church warden. She felt her complaint had not been satisfactorily addressed so made a complaint to the former Bishop of Winchester. Again she felt her concerns had not been addressed to her satisfaction. She informed the police but they found there was insufficient evidence to support criminal charges.

HG sought justice for two years and it is alleged that she harassed both the Dean and former Bishop which led to her arrest in September 2010. She was held in police custody and remanded in La Moye prison for 2 weeks before being bound over to leave the Island for three years. Having read the Court Transcript I have serious concerns about the circumstances of the arrest, detention and conviction and have made repeated requests to the Chief Minister to instigate an investigation but my request has fallen on deaf ears. On HG’s return to the UK she was again arrested in July 2011for harassment and incarcerated. HG is autistic and since returning to the UK she has no fixed abode or employment.

However HG’s plea for justice has led to a review by Jan Korris into the circumstances of her complaint, the Archbishop of Canterbury and the current Bishop of Winchester have both issued a public apology although HG claims she has not been officially made aware of it. In addition to the withdrawal of the Dean’s Commission a visitation/investigation by John Gladwin is underway. These are all positive actions but have come so late in the day and at a horrific personal price.

Given her experience it is not surprising that HG has lost all confidence and trust in the Police and the Church and feels most aggrieved at the insensitive manner in which both Bodies have treated her.

It is evident that there is a body of people including Senator Bailhache who feel that the Dean has been treated unfairly, the withdrawal of his Commission is both unreasonable and unconstitutional and the Dean should be reinstated. However it is disappointing that the very same group have displayed little or no sympathy/support for the victim HG who is now regarded as the villain.

The group from Jersey is exerting pressure on the Archbishop of Canterbury to intervene and for Bishop Dakin to reconsider his decision to withdraw the Dean's Commission and have him reinstated by Liberation Day on 9th of May. What is evident is that both men are not being swayed and are holding firm with the decision taken some six weeks ago. It is a fact that the Dean’s Commission has been withdrawn; we should all be pressing for the Visitation to be undertaken without any undue delay. I have expressed that view to Winchester and asked that a completion target date is made known.

Whilst there is considerable support for the Dean it is apparent that the forgotten person is HG. She tells me that her experience at the hands of the Police and Church has been life changing. She now has a criminal record, has little trust for anyone and her wounds are deep but has been encouraged by the support she has found via the Blogs and that is why she has contacted me for advice and support which I am happy to give and to act as her intermediary when necessary.

My first concern is for HG’s health and safety, the need for her to have a sense of her own value and know there are people who are concerned for her well being and are prepared to help her if she will let them. However this process will take time and patience but time can be a healer.

This Blog gives an update on the sorry affair. I titled my last Blog “A Voice in the Wilderness” HG’s voice is now being heard and this Blog will provide for a wider platform for it to be heard and I urge those tasked with sorting out the sorry mess will do so in a spirit of goodwill, unison and urgency. Above all else they should remember that HG is a real person who has suffered at the hands of professional people.

In my first "Dean Blog" I questioned the ability of our Health, Social Services, Police, Courts, Legal Advisors and other relevant agencies and were they fully trained and resourced to respond to people like HG. It is now evident that they, including the Church of England have much to learn and must do better.