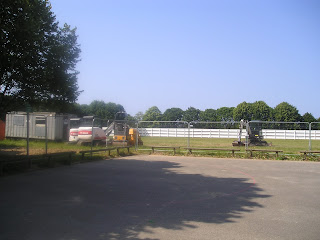 In March last year the Planning Department published its plans for a new St Martin’s School to be built on its 7 vergee field which for over 60 years had not only been part and parcel of school life but also of the Parish and in particular its football club and the school’s cricket team.

On 16th March I published what was to be first of 8 further Blogs I published in an attempt to save the School field. Click HERE

It was never disputed that the current school which sits on a 3 vergee site had reached its sell by date. Although the school had been put on the Site of Local Interest Register the listing was only done in late 2009 as a ploy to build on the school field which it itself was listed. I was always of the view that the existing school and head teacher's house which has not been occupied by a head teacher for over 45 years could either be demolished or refurbished or  rebuilt on the existing site. This would save the field.

One of the concerns expressed by supporters for building on the school field was the disruption which would be caused to pupils who would have to be housed in port-a- cabins whilst the existing school was being refurbished or rebuilt. Other pupils had been educated in similar buildings when major work had been undertaken at their schools but that fact was conveniently ignored. What was also conveniently ignored was the fact that school life would be disrupted even if it was built on the field, and that is certainly the case.

Formal planning approval was given last November and although requests were made for the parish football team to continue playing on the field until work on it began, the request was refused. Since Easter there has been some activity on the field with white fencing being erected, tracks being laid and large amounts of machinery being left on the field. Sadly the school has been out of bounds for pupils, parents and other members of the public, who normally took their children to enjoy the play area, kick a ball, play cricket or for some other social or sporting activity.

Apart from the disruption on the field as the main services had to be extended to it; this has led to the main road being closed and hedges and trees removed to allow for more car parking and greater access onto the field.

None of this inconvenience both financial and environmental would have been required had the existing site been utilised but who cares, because in the land of the blind the one eyed are kings. Those chosen to lead have failed, where have the environmentalist and the sports leaders been hiding?

The loss of the field to the Parish football Club was always going to be a bitter pill to swallow. Last season with no home pitch it had a nomadic and demoralising existence. Promises to find an alternative pitch in the parish have been as hollow as the Church of England’s apology to HG. A further major blow is the recent loss of the Club’s team coach Darryl Parker who gallantly assisted me and others in opposing the application to build on the School field. Darryl has understandably moved to fresh pastures where his talents will be appreciated and valued.

Last year we celebrated Her Majesty’s Diamond Jubilee and the Queen Elizabeth 11 Fields Trust was established with local communities being asked to nominate 2012 playing fields which would protect them from being built on. A Body headed by the Island’s Bailiff, Lt Governor and Chief Minister was established to oversee the scheme. I nominated the St Martin’s field which clearly embarrassed the Jersey Body as it (contrary to the rules of the scheme) had nominated the Grainville School field.

It conveniently chose to ignore my request but following a few broadsides the clearly embarrassed Body quickly folded and transferred responsibility to the Connetable’s Committee. Needless to say that was as good as the kiss of death because the School field has been lost for ever and I am informed that no other fields have been nominated and the closing date has been reached.

On the last day of this summer's term there was a short ceremony on the field to “dig the first sod.” No doubt there was much breast beating and hearty cheers from those instrumental in destroying a much loved field. Some will say its progress; others will say it was rape. Unfortunately the real winner is apathy from the great majority of Islanders and Parishioners who at a time of crisis chose to do nothing. 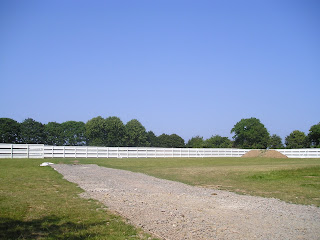