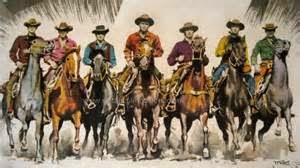 The debate relating to the additional funding for the Committee of Inquiry was concluded yesterday with a resounding victory for Chief Minister Gorst.  However his victory was sullied by the immature actions of five of his Ministers and two Assistant Ministers who let their personal feelings take precedence over those of the victims and the ’s reputation.

Deputy Tadier’s three amendments were as anticipated kicked into touch, however his concerns over the capping of funding and time schedule should not be ignored by the Chief Minister or the Committee of Inquiry. Due diligence must be given to the money paid to Lawyers and all expenditure in that area must be heavily scrutinised. As mentioned in my previous blog the need for legal assistance should not be taken as a licence to bill. All legal expenses must be justified and not just met because of who is making the claim.

As with every debate there were some good, bad and hypercritical speeches and Senator Bailhache’s should not have been made. Senator Gorst’s opening speech was measured and he made some good points however I was hoping to hear that he was going to ask his Ministers to account for the £1.8m already spent on legal fees. Perhaps suitable words of advice had been given to his big spenders prior to the debate in exchange for their votes.

Senator Bailhache as the ’s former Solicitor and Attorney Generals, Bailiff and Deputy Bailiff should have had the nous to know that because of his past positions he is heavily conflicted so should have declared an interest and left the Chamber. He made it clear from the outset of his speech that he was going to abstain yet took the opportunity to attack those who questioned his past positions and openly proclaimed that he had nothing to fear from any scrutiny. To abstain fooled no one and was a clear vote of contre.

It should be noted that the next issue the COI will be reviewing will be paragraph 13 of ifs Terms of Reference which is "Establish the process by which files were submitted by the States of Jersey Police to the prosecuting authorities for consideration, and establish –  Whether those responsible for deciding on which cases to prosecute took a professional approach;  Whether the process was free from political or other interference at any level. If, for these purposes, or as a result of evidence given under paragraph 7, in the opinion of the Chairman of the Committee, it would be of assistance that one or more of the prosecution files underpinning any prosecution decision may be examined in a manner to be determined by the Committee."

Jersey does not have an Independent Crown Prosecution Service and the decision to prosecute rests with the Attorney General who apart from being the Advisor to the States is also the Titular Head of the Island's Honorary Police Force whose Centeniers have the sole right to Charge. For a lengthy period for the past 25 years Senator Bailhache and his brother William have held the position of Attorney General so presumably will be key witnesses when the COI addresses paragraph 13.

William Bailhache who is now the Bailiff rightly stood down from chairing the debate because he recognised his conflict. Sadly his older brother did not.

For Senator Bailhache to abstain was a vote against his Chief Minister, the victims and the  of which he is its External Minister. One is entitled to ask whether Senator Bailhache’s behaviour in the Chamber renders him fit to represent the . The Senator also appears to have forgotten the support he received from Senator Gorst after denying he had read confidential documents on an aircraft.

Deputy Tadier made an excellent speech; left no stone unturned and had the courage to challenge the actions of people holding key positions. His comments about the burden Sark residents have to carry with the Barclay brothers and Jersey’s burden with the Bailhache brothers was illuminating. I did however wonder whether a similarity with the Krays brothers was to be included but perhaps that would have been unkind to Ronnie and Reggie.

If Senator Gorst’s opening speech was measured it was surpassed by his closing speech in which it hit the nail bang on its head. He spoke of the cost and how difficult it was for anyone to hazard a guess as to what would be the final bill, but the States had made a commitment and it would have been far better not to have made a start at all than to stop before its completion on the grounds of cost.

He spoke of the impact the stoppage would have on the victims who at last had a feeling that not only was someone listening to them but they are being believed. Do we not owe them the closure they deserve? The third point was of equal importance that being the ’s reputation. How could we as an conclude an Inquiry because we claim not to have the funds? The repercussions world wide would be too horrendous to contemplate. The backlash would have far greater financial implications than the funds required for finishing the job.

Senator Gorst’s closing speech was one befitting his status. Although to those listening it was pretty clear that he was heading for a handsome victory it was therefore disappointing that his pleas for unity and a unanimous vote were ignored by Ministers who did not have the humility to think of the bigger picture and of its impact on the victims and the . I defend their right to speak and to oppose, however when the time came for the vote it was obvious that they were in a tiny minority and it called for Statesmanship and to act in a manner befitting of high office but alas it was sadly lacking.


The photographs of the “Magnificent Seven” are published below. Given their concerns over the impending costs I await their explanations regarding financial prudence particularly from Ministers Refault and as their Departments have already incurred in excess of £750,000 in legal fees. 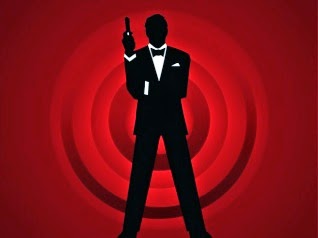 Next Tuesday the States is due to debate a proposition lodged by Chief Minister Gorst seeking approval for additional funding to enable the Committee of Inquiry (COI) to complete its review which is just about to enter its second year. Trying to come up with a figure for any Inquiry is not just difficult but almost impossible because no one knows how many witnesses will come forward or what evidence will come to light. The Jersey Inquiry is proving to be no different.

It was anticipated that around £6 million would be suffice but 12 months on not only has that figure been spent but a further £13.7m is being asked for. Senator Gorst has repeatedly proclaimed his support for the COI and although his proposition (see below) is well meaning I believe it is flawed so it's pleasing to see that Deputy Tadier has lodged amendments seeking to delete 3 of Senator Gorst's proposals.

The Amendments can be read below but in summary they seek to delete the sub-paragraphs which will cap the £13m, impose a time limit and interfere with the way the COI is conducting its Inquiry. All 3 sub-paragraphs have a single theme and that is to save money. That is a theme I don't have a problem with but Senator Gorst and the Panel Chairman Frances Oldham should be keeping a close check on how the money is being spent and whether it is justified. From the payments made to date it is evident that there is little monitoring particularly of the legal fees incurred by States Departments which appear to be obscene.

Although the proposition and amendments have been lodged there is no certainty they will be supported as there is a school of thought that much of the extra funding will go into the pockets of the Island's Lawyers. There may be more than a whiff of truth in that claim as can be seen from the answers given to a set of questions asked by Deputy Mike Higgins at the last States Sitting.

The full set of questions and answers can be accessed below and readers will see how the money has been spent to date. As anticipated a fair chunk of the money has been spent on set up costs, accommodation, travel and other expenses some of which will not be recurring. However one will note that several millions have already been spent on legal fees with over £1.8million paid to lawyers representing States departments and individuals. Who approved the appointment of the lawyers, why were they appointed, who are the individuals, do they include former staff and/or State Members, why is the money coming out of the Inquiry fund and not from the departments and individuals concerned? Perhaps if it came from Department funds they might be more than circumspect about spending it.

If £1.8m has been spent during the stage when only the victims have given evidence, how many more millions will be spent when the COI starts looking into the Departments (in)actions and Operation Rectangle. In football parlance we have only had the pre match warm up, the match is only about to begin.

It is also worth noting that on top of the £7m a further £4.6million has been spent in relation to the Redress Scheme. Ex-gratia payments totalling £1.8million have been made to 116 victims. The victims would have been entitled to compensation much earlier had the climate which prevails today been open to them in the past but the legal fees need an explanation. The legal fees incurred by lawyers representing the Care Leavers (Compensation Scheme) amount to £408k. However the lawyers representing the States have been paid over £2 million. Why is there such a discrepancy in the fees, who has authorised the payment and were the fees justified?

Whilst I have expressed concerns over fees paid to local lawyers it would be remiss of me not to comment on the £2.7million paid to the Inquiry Lawyers. I understand that there is a fee structure similar to that paid to those representing the Care Leavers and victims. It should be recalled that legal teams have travelled far and wide taking statements from witnesses. They have also spent a great many hours at the Hearings. Can that be said of the lawyers engaged by States Departments?

I want the COI to continue and whilst I accept there will be occasions when lawyers will be required they should not be given a licence to bill for work that is not justified and at exorbitant rates. Sub paragraph (iii) of paragraph C of Senator Gorst's proposition will require the Inquiry and the States to jointly publish on their websites details of expenditure on a monthly basis.  This is much welcomed and I look forward to a much more detailed breakdown of the expenditure incurred by States Department along with reasons as to why legal assistance was required.