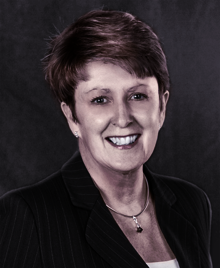 The Independent Panel enquiring into child abuse in is coming to the end of its first year and it is quite clear that it is far exceeding the estimated cost. It is now evident that the estimated cost of £6 millIon was very much a poor guesstimate and Panel Chairman Frances Oldham made the Council of Ministers aware of the potential costs in May last year. Please see pages 24/25 of proposition 20/2015 which can be opened by clicking HERE.

It is evident that little attention has been given to the ’s progress or resultant cost and it is only now that Chief Minister Senator Gorst has lodged a proposition asking the States to agree that up to a further £14 million should be made available in order to provide additional funding to allow for the Committee of Inquiry to complete its task.

One of the difficulties in setting a cost for the Inquiry was that no one really knew of the extent of the abuse or of its covering up. What is becoming abundantly clear is that as confidence in the Panel has grown further witnesses have come forward. That in itself is a success; however it comes at a cost.

What should be noted is that the has yet to get its teeth into the Terms of Reference relating to Operation Rectangle whose spiralling costs were so heavily but unfairly criticized and was one of the excuses given for the unprecedented suspension of our police chief. As confidence in the police grew more witnesses, information and evidence became available and like the is now experiencing, this led to spiralling costs.

Sadly certain irresponsible and mischievous sectors of our community took pleasure in ridiculing the police investigations by questioning the cost of flights and menus of some of the inquiry team rather than expending their energy on supporting the police and encouraging witnesses to come forward. Fortunately the has not yet suffered that indignity however it does not mean that it has a licence to print money.

In her response to Senator McLean’s concerns about the spiralling cost Mrs Oldham quite rightly reminded him “of the extremely serious matters relating to the history for care of children in Jersey which must be explored and addressed if the victims and indeed the whole Island is to move on from what has been a very negative experience over recent years.” Mrs Oldham is clearly not enamoured by the Minister’s protestations nor will she be diverted from her goal.

Goodness knows how much money was spent on covering up allegations of abuse and malpractice and those costs are now coming to haunt us. Whilst I abhor wanton waste and a tight reign must be kept on expenditure, particularly legal fees it is not acceptable for the Chief Minister to attempt to put a cap on the cost of establishing the truth.

It is interesting to note that Senator Bailhache who did not vote in support of the Committee of Inquiry is now suggesting that the final bill could be in the region of £50 million. Whilst I don’t have a crystal ball, I don’t have a hidden agenda either and to curtail the Inquiry or to pull the plug on it because it’s getting expensive would be nonsense. There are some who might think that citing cost and putting caps on expenditure is not only scare mongering but another attempt to stop getting to the truth.

I note that the Chief Minister is proposing that the Inquiry and the States publish jointly on their websites details of their expenditure on a monthly basis. It was my understanding that that proposal had been agreed at the outset so the sooner more sets of eyes are looking at the costs the better.


As mentioned above the proposition relating to the request for future funding is P20/2115 which also be reading by clicking HERE.

Voiceforchildren has recently published a blog on the funding and can be read by clicking HERE
Posted by Bob Hill at Wednesday, February 25, 2015 25 comments: