My last two blogs have been about the Minister of the Economic Development Department (EDD) seeking an increase in liquor licence fees but had intentionally failed to inform States Members that in 2007 the States had approved my proposition P117/2007, This had requested the Minister to review the fee structure and produce a more equable structure before seeking further increases in Licensing fees.
Given the scant report it was obviously intended that the proposition would be approved on the nod with no questions being asked as to why no increase had been sought since 2007. The proposition, P94 was lodged last month and soon after I published a Blog questioning its contents and more importantly what had been omitted.  I forwarded my Blog to the Minister and Members of the Council of Ministers asking that the proposition be withdrawn or at least that the full facts were made known to all States Members.
Regretfully my request was rejected so I circulated my Blog, Hansard Report and proposition to all States Members in good time to read before the debate. The debate was just not whether the unjustified request should be approved but whether States Members would act honourably and respect the 2007 decision.
The debate commenced at 445pm on Tuesday and over a dozen Members spoke before the 530pm adjournment. After Rapporteur Connetable Pallett had outlined his case for the increase he was followed by a well-informed speech by Deputy Judy Martin who found more holes in his speech than one would find in a colander.
Thereafter it was pretty much downhill all the way for the Ministers who pathetically tried to justify the increase on the grounds that it was 8 years since the last increase, it would only cost pubs £2 a week, the Minister was only “requested” to review the structure and he had assured Members that the review had /would be conducted and the findings were imminent. However when asked how imminent it was. It was like asking how long was a piece of string?
Whilst the usual suspects played a vital role with their speeches in opposition, it was the middle ground Members who really won the day because their support which all too often is in favour of the Ministers was not to be.
Many Members did not favour reneging on a previous decision; some felt that by approving the proposition it would remove the incentive for the Minister to come up with an equable fee structure. It was also rightly claimed that the inequality had to be addressed and a structure that penalised small sports clubs at the expense of the large supermarkets was unsustainable.
The debate resumed yesterday morning with a strong speech from Geoff Southern but the speech that finally put the nail in the Minister’s coffin was from Connetable Julliete Gallichan of St Mary who had been far from impressed by Senator Ozouf’s speech who repeatedly claimed that it was wrong to blame the Ministers for failing to conduct the review. If it was not the Ministers, than whom else was responsible for the 8 year failure? (It should be noted that Senator Ozouf had been Minister for EDD in 2007 and later Treasury Minister).
Mrs Gallichan like many of her fellow Connetables form the bedrock of the Minister’s support and she, like her colleagues who had spoken before her, was not persuaded by the excuses given for the failure to conduct the review or convinced that it would ever be conducted. She was also of the view that a promise made is a promise to be kept.
It became evident that the Ministers support had ebbed so far that they were to suffer the ignominy of a defeat. It was then that Connetable Pallett wisely sought consent to withdraw his proposition.
He rightly claimed that he found himself to be on a sticky wicket. However he had prepared the wicket which clearly was not susceptible to spin. He then threw in the towel to save his Ministers from further punishment.
It is not every day or indeed every year that the Council of Ministers is defeated. In my previous Blog I wrote “There is still some time to partly redeem themselves by withdrawing the proposition and insisting that the Economic Development Department conducts the much needed review before seeking an increase in fees."
Although it was an eleventh hour withdrawal it did restore some credibility on Connetable Pallett and his fellow shell shocked Ministers. However the withdrawal was a defeat and a bad day for the Ministers whose creditability was stripped bare and left as naked as the Emperor in his new clothes.
Posted by Bob Hill at Thursday, September 24, 2015 14 comments:

Independent Jersey Care Inquiry (13)---- The Right, the Wrong and the Convenient Way? 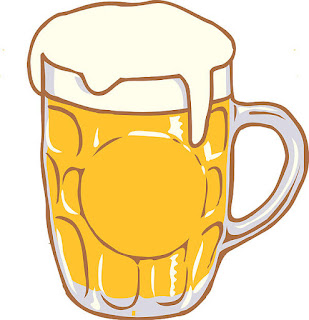 In my previous Blog I wrote about witnesses appearing before the Committee of Inquiry (COI) with selective memories and how it extended to States Ministers. As an example I cited the lodging by the Economic Minister of a proposition seeking to increase licensing fees but had “forgotten” to remind Members of a States’ decision in 2007 which requested the Minister to conduct a review of the Licence fee structure and no increase could be sought until the Review's findings had been published. This Report is still awaited.
It is evident that the Minister and the Council of Ministers are now fully aware of the States’ decision but are intentionally/wilfully concealing it, albeit that since my intervention I have been informed that the Rapporteur will be revealing all before and during the States debate next Tuesday. One wonders whether there was ever any intention of informing Members if I had not raised the matter. With less than a week to go I understand that no information has yet been circulated.
As mentioned in my previous Blog the COI is taking evidence from witnesses who have experienced cover ups, unethical practices and the closing of ranks by Ministers when defending the indefensible. The Licence increase is further evidence that lessons have not been learnt, its business as usual and sadly is likely to continue even after the COI releases its Report. It is difficult overcoming a culture of deceit and sadly we do not have sufficient States Members who can see the difference between right and wrong, particularly if it’s for political advancement.
Last week in a spirit of openness I circulated a copy of my Blog with P117/2007 and P94/2015 to all States Members to ensure they were aware of all the facts well before the debate. The information was also circulated to the ex officio Members like the Bailiff, Dean, Law Officers and the Lieutenant Governor who are all able to speak during the debate.  Given the moral aspect it will be interesting to see whether the Dean will break ranks and remind Members of the value of keeping promises and the need for an honest approach in their endeavours.
The media was also forwarded the information and it is hoped that they too will be seeking responses from Ministers. States Members and the public are entitled to know why the Review has still not been conducted, why the request is being made before its findings are known, why was the 2007 States decision was omitted from P94/2015 and why Ministers have continued to conceal the information?
I am not a spokesman for the Licensing Trade and no doubt the increase is likely to be passed on the customers but I felt that I could not stand by when there is clear evidence of foul play by the Ministers. There is still some time to partly redeem themselves by withdrawing the proposition and insisting that the Economic Development Department conducts the much needed review before seeking an increase in fees.
The proposition is way down the Agenda and may not be debated until Wednesday, However I hope there will be sufficient Members who will condemn the way in which information has been withheld and will vote against the proposition which brings no credit on those who have lodged it.