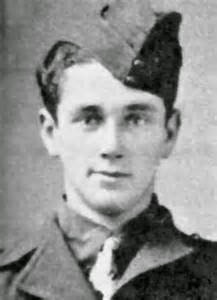 On 9th of May will be celebrating the 70th year of its Liberation after almost 5 years of Nazi Occupation. Much has been written of the hardship encountered by those living through the Occupation years. However little has been written about those who were captured on the whilst serving in the armed forces and this blog is dedicated to one of them: P/O (Sous Lt) Bernard Scheidhauer who was a French Airmen.

I suspect that the many Readers will have seen the film "The Great Escape" but will not be aware of its loose connection with .

The film, which was made over 50 years ago has a pivotal scene where Roger Bartlett played by Richard Attenborough and Andy McDonald (Gordon Jackson) were about to get on to a bus after showing their papers to a Gestapo agent. McDonald fell for the same trick he warned his fellow POW’s earlier in the film by replying in English.

Athough the film shows McDonald saying “thank you” after being wished good luck by the Gestapo agent, no one can be certain that the “thank you” was said in real life but what ever led to the arrest it had tragic consequences for the real airmen the actors were portraying. Both were shot in cold blood soon after.

The characters in the film were based on real men, and in some cases were composites of several men. The character of  was modelled on RAF Squadron Leader Roger Bushell, a habitual escaper who spoke good German. In the real ‘Great Escape’ Bushell’s travelling companion was Free French Air Force pilot Bernard Scheidhauer who was captured in .

Bernard Scheidhauer was born in August 1921 and was a French pilot before becoming a member of the Free French Air Force serving in the . On he was returning to following a raid in . He was flying his Spitfire over when he ran out of fuel and crash landed in a field a short distance from a farm owned by the Binet family and about half a mile from my present home. Lewis Binet was aged 18 at the time and had been with his father Philip at a neighbouring farm making “black butter.”

I have known Lewis for almost 60 years when in my youth we played football for Rozel Rovers. He is still living on the farm where 73 years ago he met Bernard Scheidhauer. The meeting is still well remembered and the following is Lewis’s account of the incident.

Lewis said he left his father around to return to his farm to tend to the cattle, on the way back he saw a Spitfire circulating overhead with its engine misfiring as if running out of fuel. Lewis saw the Spitfire land in a neighbouring field of turnips and he ran towards to it. As he got closer he saw the pilot get out of the plane, was unhurt and was walking towards him. On meeting they shook hands and were having had a general chat in which Lewis wanted to know how the war was going. Lewis said that Bernard had a good understanding of English.

They were soon joined by a group of neighbouring farmers with everyone in high spirits as they gathered round the plane which was undamaged. Surprisingly it took some time before a German soldier appeared who Lewis said had a rifle and spoke good English. He told the group that they were free to talk but as soon as his senior officers came they would have to go and leave Bernard with him. 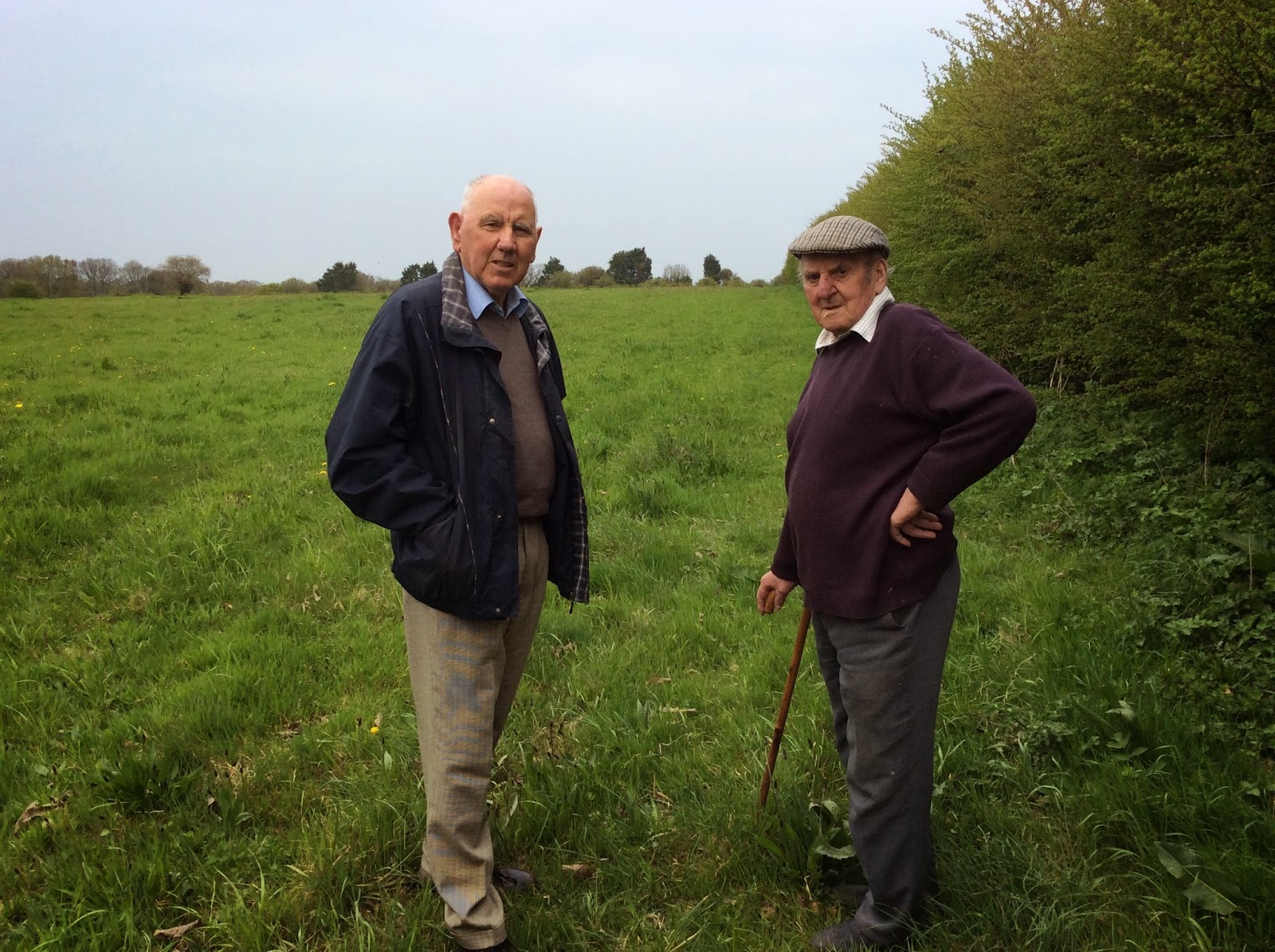 Bob Hill with Lewis Binet in the field where the Spitfire landed.

Soon after a number of soldiers arrived and took Bernard away. Lewis never saw him again,

After his capture Bernard was sent to Stalag Luft 111 which was a high security prisoner of war camp for airmen and deemed to be escape proof. Of the 76 who escaped only 3 reached their destination. It could be said that Bernard was unfortunate to have been teamed up with Bushell who had been threatened with death should he again attempt to escape. However it is evident that who ever was captured with Bushell was likely to be shot with him. Hitler was so enraged by the escape and ordered that 50 of the escapees be rounded up and shot in total disregard of the Geneva Convention.

Bernard Scheidhauer’s landing and short stay in is recognised, with due thanks to Ian Le Sueur who was responsible for erecting a memorial dedicated to Bernard.  The Memorial which is some 300 yards away from the initial landing was unveiled by Bernard’s sister on . Over 300 people attended the Service which included Free French Air Force veterans.

It is believed that Bernard and Roger Bushell were taken to a quiet clearing in the woods and shot in the back of their heads whilst relieving themselves. Their bodies were cremated without dignity and all evidence of their existence obliterated. I don’t know if there is a memorial dedicated to Roger Bushell but Bernard’s is situated in a quiet corner of Trinity and serves as a poignant reminder of his short time in and the tragic loss of a brave young man.