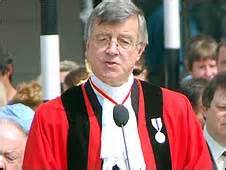 As the law had already been drafted it was only a matter of months before the “Loi 1960 au sujet du College ” became operative after having been forwarded to the Privy Council for confirmation and to the for registration.

As mentioned in my PREVIOUS BLOG the States was embroiled with proposals for providing for the education of pupils in the secondary sector. Dr Young assisted by Ken Spours had been commissioned by the Education Committee in April 1993 to undertake a review of post-16 education for the non fee paying schools. In September 1993 they presented their report.

In 1993 students attending and the Girls Colleges ceased paying fees once they reached the sixth form, this anomaly had been created some years previously. In their Report Young/Spours had made a number of recommendations and its favoured option was to establish a sixth form college for all students in the non-fee paying sector. This would have included both Colleges as the sixth form was non-fee paying.

In 1990’s the Committee system prevailed and the Education Committee’s President was Connetable Iris Le Feuvre of St Lawrence.  I had some sympathy with what she was attempting because there was a need for the existing costly and outdated education system to be updated but if she followed the Young/Spours recommendations it would be at the expense of a number of sacred cows.

On the Education Committee lodged P84/95 which was for the re-organisation of the ’s secondary education in the non-fee paying sector. In my opinion it fell short of the Young/Spours favoured option in that it did not include or the . The date for debate was set for 25th July. Shortly afterwards I submitted an amendment to the Greffier which was to include both colleges

The normal procedure for lodging propositions, amendments or questions is that they are submitted to the Greffier who not only ensures they are grammatically correct but they also comply with Standing Orders. They are then forwarded to the Bailiff or in his absence the Deputy Bailiff whose decision is final. If approved the proposition is then printed and circulated to be formally lodged at the next States Sitting which in my case was Tuesday 11th July.

The Greffier must have been content with my amendment which was then approved by the Deputy Bailiff Francis Hamon who apart from being an Old Victorian was also on the Board of Governors. Like the Greffier he obviously found no grounds for rejection so my proposition was duly printed and circulated for formal lodging on Tuesday 11th July.

However before the 11th I was informed by Sir Philip that I had to delete reference to in my amendment. He said that as a result of the amendments to the “Loi 1960 au sujet du College ,” the College was now independent of the States. I was unhappy, Sir Philip was well and truly conflicted, out of order and overriding his Deputy but there was no appeal.

A short time after I was informed by Sir Philip that my amended amendment could not be lodged because in his opinion it would “negative the Education Committee’s proposition.” His decision was bizarre because if that was the case my original amendment would not have been approved by the Greffier, Deputy Bailiff and even Sir Philip who did not raise the matter when he told me that reference to had to be withdrawn.

As my amendment was on the 11th June Order Paper the Bailiff had to inform Members that in his opinion my amendment was contrary to Standing Order No 21 (2) as such I could not present it and had to withdraw it.

When formally withdrawing my amendment I said that Members were only now learning of the true implications of their approval of the amendments to the “Loi 1960 au sujet du College Victoria” the previous year. There were mutterings of disapproval from some Members about Sir Philip’s conflict and being final arbiter. The JEP report is below.

The debate on the re-organisation was acrimonious with the defence of the schools and colleges taking priority over the education of it students. I believe the Education Committee had fudged the issue which left more losers than winners. The proposition was heavily defeated and it was evident that it had spilt the Committee, made the President's position untenable and she resigned soon after.

After the summer break Deputy Evelyn Pullin was elected as President. Her tenure was most troublesome, not only did she have to address the re-organisation but also the status of the Victorian Governing Board as I had made it clear that I would not let the matter rest.

I believed that Sir Philip had abused his position in relation to the law drafting and my amendments. His behaviour was unbecoming of a judge and QC. I, along with many other States Members were of the view that if was independent of the States then those receiving the perceived benefits should pay for the privilege and not expect the tax payer continuing to do so.

During the ensuing months I carried out considerable research and asked a number of questions before eventually lodging an amendment to overturn the States decision of April 1994. It was a difficult task because of opposition from Old Victorians and parents who did not appreciate that independence had to be paid for via raising school fees. would also impede on the College’s relationship with the and its sixth form in particular.

The JEP published the Al Thomas cartoon below illustrating my difficulties which I shall cover in my next Blog. 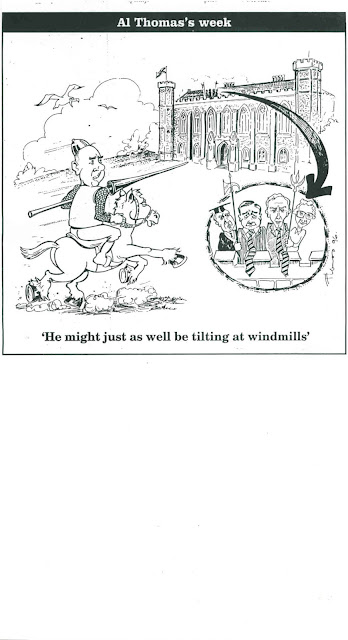