Jersey's Dean and the Silly Season. 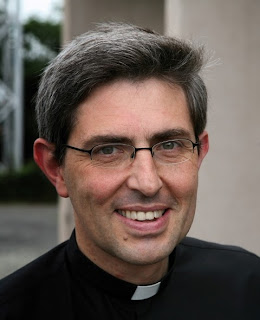 It is often said that the month of August is the silly season for news and readers of Saturday’s Jersey Evening Post will doubtless be scratching their heads at the sight of an expensive full page advert inviting witnesses to give evidence about the conduct of the Bishop of Winchester.

The advert makes reference to an advertisement placed in the same newspaper the previous Saturday by the Bishop of Winchester inviting members of the public to offer evidence in relation to the investigation being conducted by Dame Heather Steel. The advert also published Dame Heather’s Terms of Reference (TOR).

This Saturday’s advert cites a number of the Bishop’s failings in relation to one safeguarding issue which is deemed to be disproportionate, caused widespread anxiety and hurt, and has wrongly undermined public confidence in the Church in Jersey.

Included in the failings, “is the launching of two simultaneous and uncoordinated inquiries aimed less at caring for the vulnerable and more at assaulting the constitutional relationship between Jersey and the Diocese of Winchester, which may have caused a loss of confidence in the Diocese. Some may have experienced the relentless assault on the Church in Jersey through a PR company as placing power before pastoral care.”

“Others may be alarmed at the alleged expenditure of hundreds of thousands of pounds on lawyers, public relations consultants and two extensive inquiries. The terms of reference of the Steel inquiry invite evidence from the public of inappropriate or unbecoming conduct by the clergy in relation to events of the recent past. The Bishop of Winchester is a member of the clergy. If anyone has experienced the conduct of the Bishop of Winchester as inappropriate, or unbecoming, they should write to Dame Heather Steel at heather.steel@churchofengland.org and copy it to noconfidenceinwinton@gmail.com “

The advert appears to have been paid for by a group of concerned members of the laity of the Anglican Church in Jersey “who retain the highest confidence in the safeguarding record and practice of the Anglican Church in Jersey. Safeguarding provides for the care of the vulnerable, but also provides protection for those who offer that care. Courageous support is often provided by the Church for people who are deeply disturbed in the most challenging circumstances.”

Given such a powerful statement one wonders why those members of the laity did not have the courage to state who they are, who at no confidence in Winton will receive the evidence and what is its purpose? Also why should the evidence be forwarded to Dame Heather is she part of the laity, why no explanation? On reading her TOR it seems to be stretching things to claim that the Bishop’s alleged failings come within its remit.

I have questioned the Bishop’s handling of the matter ever since he suspended Jersey’s Dean Bob Key. If ever there was case of failing to plan there can be few which would surpass the Bishop’s. The advert placed by those claiming to be concerned members of the laity are no better and is akin to the pot calling the kettle black. Goodness knows what the ordinary members of the congregation up and down the country are thinking about their supposed leaders.

However what is distressing about the advert is that the concerned laity have made no mention of the real victim, that being HG, the lady whose suffered so badly at the hands of those who profess to care for the vulnerable and for giving courageous support.

Instead of petty squabbling among themselves, they should be united in pressing for an efficient and timely investigation and ensuring that HG receives tangible support and personal apologies. There may have been only been one safeguarding issue, but the way it has been mishandled and the fallout that followed is not down to HG but the incompetence of those tasked with the care of the vulnerable. They failed five years ago and are failing once more.

It looks to me that the advert is more about the concerned members of the Jersey Laity protecting their cosy and closed group so as to continue doing things the “Jersey Way.” Unfortunately the Bishop is playing into their hands.
Posted by Bob Hill at Monday, August 12, 2013