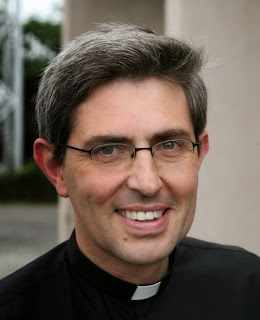 has just celebrated the 70th anniversary of its Liberation from 5 years of Nazi Occupation. In many of the sermons espoused by our ’s clergy at Services held celebrate the anniversary was the need for reconciliation.

Unfortunately for some clergy it is easier to talk about the matter than practice it. The same can be said for honesty where not for the first time the Church of England has provided ample evidence of its “Do as I say and not as I do” approach to life.

As an example of its double standards I cite the Jersey Deans infamous handling of a complaint made by a vulnerable person whereby the promised outcome is still awaited.

Although the complaint was made 7 years ago the matter only came to light 2 years ago following a review by Jan Korris. This resulted in the Dean being suspended by Bishop Dakin who soon fell foul of the Dean’s supporters who claimed that because of the ancient practice of the Dean, on appointment, receiving Letters Patent from the Crown, the Bishop was acting outside his remit.

Although the matter is now two years old those appointed to address the matter have either acted as though it never occurred or have arrogantly abdicated their responsibility.

The Dean was hastily reinstated following his "apology" for “any” mistakes he “may” have made and promised to co-operate with any review that might ensue.

Two reviews were undertaken and their outcomes should have been made known at least 12 months ago.

Two weeks ago in an attempt to seek an update I emailed Tim Dakin, the Bishop of Winchester with a request that the four issues below be addressed. Sadly, but not surprisingly I have not received a reply

This is a copy of the email dated May 4th.

Dear Bishop Tim,
It is now 2 years since you suspended and reinstated the Dean. It is also 2 years since you appointed Bishop Gladwin and Dame Heather Steel to review the Constitutional situation and the Dean’s handling of a complaint. To date no reports have been published.

It has been reported that a further review is to be undertaken in respect of the Constitutional issues. If that is the case please could you inform me what steps you are taking to publish Bishop Gladwin’s findings or are they to be incorporated into the new review?

Regarding Dame Heather's Report, you must be aware that there are a number of valid reasons why Dame Heather’s Report can never be published. Apart from the legal issues and Dame Heather’s flawed investigation, there is also the issue of the undertakings referred to in your letter to the former Bailiff last May and those submitted to last June.

My justification for claiming that Dame Heather’s investigation was flawed is because of her failure to interview the main witness, namely the complainant or review her arrest and deportation as recommended by Ms Korris in her Report. Concerns about Dame Heather’s conflict and unsuitability can be confirmed in the transcript of her 3 hour meeting with me in October 2013.

You will recall that before my meeting with Dame Heather it had been agreed that I would receive a copy of the transcript. After the meeting I was again promised a copy but despite numerous requests to you and Dame Heather the transcript has not been provided.

The Dean’s handling of the complaint has caused great distress to a number of people including the complainant, your self, the Dean and a large number of ordinary church goers who have seen their money wasted on flawed reviews and the ending of our 500 year association with Winchester.

The matter has dragged on and I believe it is incumbent on you as the instigator of the suspension, the Visitation, broken promises, distress, and the break from to come clean with the people you represent and make it known what you propose to do with the finding of the Gladwin Review and the Steel Report.

I know that sometimes it is difficult to accept that we are capable of making mistakes but the appointment of Dame Heather was a mistake as evidenced by the way she conducted her investigation and if her report was published it would cause even further distress. Therefore it should be shredded.

In summary I would be grateful if you would;

1 Update me on what you propose to do with the Gladwin findings.
2 Confirm that you will not be publishing the Steel Report.
3 Provide me with the copy of transcript of my meeting with Dame Heather.
4 Advise me how much the Visitation has cost to date.

I would be grateful if you would acknowledge receipt of this email and assure me that my requests above will be addressed within the next two weeks.

It is disappointing that the Bishop has ignored a simple request.

It is not surprising that Bishop Gladwin has found the constitutional issues to be complex and that is probably why another review is to be undertaken, so why the silence?

The appointment of Dame Heather Steel was a mistake and for reasons above her Report should be shredded. I should also be given the promised transcript. So why continue to withhold it?

It has been reported that no disciplinary action is being taken against the Dean, however no reasons have been given nor whether the Dean has been exonerated.

It could be said that as the Bishop had no powers to suspend the Dean then he has no power to discipline him. Leaving the matter open to speculation is unsatisfactory.

What is also unsatisfactory is that Bishop Dakin has claimed there are serious Safeguarding concerns in  Given my recent involvement with another safeguarding matter, I have no problem in endorsing Bishop Tim’s concerns. However what are those concerns and who is addressing them?

Given the time taken and of the personal involved the cost of conducting the reviews/investigations are likely to be in excess of the original estimate. The costs are not being met from the Bishop's pocket so why are they being withheld?

When I met a senior member of the clergy two years ago he described the situation as a mess. Two years on it can be said that not only does confusion reign supreme but the mess is now a much bigger and more expensive.

The issue will not go away and the longer there is a denial of the truth the more harm will be inflicted on the Church of England. It does little for its integrity when its Ministers espouse the virtues of reconciliation yet the Dean of Jersey and Bishop of Winchester cannot bury their differences. It also does little to inspire confidence when it cannot honour promised made.

Sadly I doubt whether anyone at really cares, because if they did they would not permit the matter to fester.
Posted by Bob Hill at Tuesday, May 19, 2015