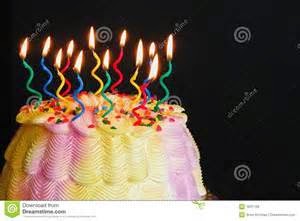 A year has passed since my infamous meeting with Dame Heather Steel and the publishing of my blog “The truth, the whole truth or nothing but a whitewash?

That blog reported on my meeting with Dame Heather which led me to believe that her proposed report would be a whitewash. The Blog can be read HERE and gives a useful background to the sorry saga which 18 months ago was described as a mess but unfortunately has now become an even bigger, financial and embarrassing mess.

A year ago I was promised a transcript of the meeting but despite several requests to Dame Heather and Bishop Dakin it has not, and because of Dame Heather’s incriminating comments is unlikely to be given to me.

A year ago Dame Heather told me that her report was almost complete. However we know that her final version was not submitted to Bishop Dakin until last May. One is therefore entitled to ask where is it and why has no public explanation been given for the delay in publication.

It is no secret that if the report had been compiled by a truly independent and competent person it would contain details of incompetence by a number of senior clergy members and of collusion to dispose of the victim. Therefore it’s not surprising that the report has not been circulated.

We are also nearing the 6th anniversary of the spurious suspension of ’s former Police Chief Graham Power.

If the panel of the Committee of Inquiry into ’s historical child abuse adheres to its Terms of Reference it will soon be calling witnesses and hopefully the truth into the suspension will be revealed and the real reason and those responsible for it will be disclosed.

There are similarities relating to the suspension of ’s Dean and the former Police Chief, however unlike the Dean who had friends in high places; the police chief was in effect dismissed by stealth.

Like a review into the circumstances of the suspension was commissioned and parts of the report were leaked but the final outcome was never revealed. It was a costly affair and like Winchester those involved in instigating the review did not emerge with any credit which soon after led me to make the following comment;

“The Minister and Minister for Home Affairs have emerged from this saga with no disciplinary case, no chief officer, a pending report from a QC likely to be critical of the Island’s Government, and a bill for over a million pounds. They are not well placed to criticise the actions of others.”

The same could be said of the Archbishop and Bishop, what have they achieved and at what cost? However I suppose one thing that could be said of their appointment of Dame Heather was that it turned out to be a precursor to the equally unwise appointments of Baroness Butler-Sloss and Fiona Woolf to head other reviews.

If these people can’t remember who their relations and friends are or who they socialise with. then how can they possibly be expected to remember the faceless victims and what they have to say.


The Gladwin and Steel Reviews have been expensive and divisive affairs and are yet unpublished. It might be helpful not let the birthday candles burn out until they have set fire to both Reports so their ashes may join those of the hundreds of thousands of pounds already gone up in smoke in paying for what has become a futile and embarrassing farce.
Posted by Bob Hill at Wednesday, October 29, 2014