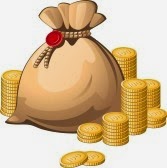 I was aware that at the recent General Synod held in York the Dean of Portsmouth the Very Reverend David Bindley had asked a question regarding the costs incurred following the fall out between the Bishop of Winchester and Jersey’s Dean. I applied for the actual written question and answer and have now received it. By coincidence it also coincided with leaked details of costs to BBC Radio Jersey who have kindly made them available to me.


The following is Rev. Bindley’s question:


“What have been the Episcopal legal costs borne by the Church Commissioners in relation to the recent discussions between the Diocese of Winchester and the Channel Islands about safeguarding issues and Episcopal oversight?”


“The Church Commissioners agreed with the diocese of Winchester we would pay 50% of the costs of the Steel investigation and the Gladwin visitation, both of which relate to safeguarding, though not to Episcopal oversight.  To date this has amounted to about £95,000 including all professional fees and expenses.  Further costs are expected to be incurred before the Steel report is published and the Gladwin visitation is concluded. The Commissioners have not paid any costs associated with the arrangements for Episcopal oversight in the Channel Islands.”


I seem to recall that at the outset of the investigations the sum of around £500k was being banded about as the likely cost, therefore the sum of £95k must have been a figure plucked from the air or paid at the early stage of proceedings because they do not in any way relate to the estimated cost or to the figures leaked to BBC Radio Jersey which are as follows:


Bishop Dakin had been invited by Radio Jersey to comment on the figures but he declined, however Bishop Wilmot was interviewed. He promptly disputed the figures but declined to give the actual cost which seems self defeating.


The one thing we can all agree on is that lawyers do not come cheap so to claim that £95,000 covers all professional fees and expenses does raise eyebrows and I am far from convinced that the £95k will be anywhere near the final total.


It interesting to note that the Dean’s legal fees are estimated to be £150,000, which seems to be extortionate, hopefully they are wildly exaggerated but leads one to ask who should pay for the Dean’s legal fees, particularly as it was his handling of the abuse complaint which led to the very expensive events that followed.


When the former Police Chief Graham Power was suspended he received no financial assistance to challenge the decision or defending the allegations that followed. I am not advocating that the Dean should be placed in the same position but ask who is responsible for paying his legal expenses and is there a capping policy because the system is open to abuse.

I hope that when the final bill is paid a breakdown of the costs will be published because in addition to the legal fees nearly £400,000 has been spent by Church Commissioner Support to Winchester Diocese (Matched funding £195K) and Winchester direct expenditure (£200k). What is that expenditure for?


One also has to ask what have the ordinary Winchester and Jersey members of their congregations got for their money and will anyone be taken to task for what seems to be obscene expenditure? Whilst asking that question there is another, because it appears that as a result of the “temporary” oversight of Jersey from the Bishop Winchester to the Bishop of Dover it is likely to lead to the ordinary Jersey taxpayers, many who are not members of the Church of England paying for additional support for the Dean, why?


Last month Deputy Le Fondre who has yet to ask of HG's welfare lodged another question in respect of the Dean’s hardship. The question to the Chief Minister was as follows,


In view of the passing of interim Episcopal oversight from Winchester to Dover announced by the Dean of Jersey in the Assembly on 13th May 2014, and the recognition by the Deanery Synod on 3rd June 2014 of the additional administrative burdens laid upon the Dean in consequence, would the Chief Minister consider investigating the resources available to the Office of the Dean of Jersey and consider whether some assistance should be provided to support the Dean in the performance of his official duties?


The answer is interesting because no explanation is given as to what the unique circumstances are and why the” temporary” transfer should require additional resources.


At present the Office of the Dean of Jersey receives £25,900 per annum which if the Budget (page 169) is approved will rise to £26,100. No explanation is given as to why that sum is paid or what the expenditure is for. Perhaps Deputy Le Fondre will ask that question.


At the outset of the investigation, Bishop Gladwin described the situation as a mess. 15 months on he might agree that it is now  “a very expensive” mess.
Posted by Bob Hill at Wednesday, July 30, 2014