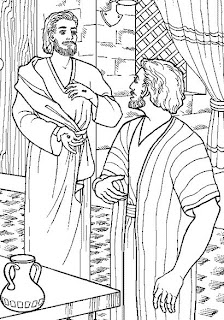 Four months have elapsed since Bishop Dakin suspended Jersey ’s Dean. The suspension or removal of the Dean’s Commission had been prompted following the publication of the much maligned Korris Report. The Bishop, shortly afterwards announced that the matter would be the subject of a Visitation which would be led by former Bishop John Gladwin with an Archdeacon, a suitably experienced and independent senior lawyer and a suitable lay person to assist him. The Terms of Reference were published but did not cover the complaint into the Dean’s alleged mishandling of HG’s complaint.

Following the firing of broadsides from the Dean’s supporters led by the former Bailiff but now Senator Philip Bailhache the Dean’s Commission was restored 7 weeks later before the Visitation had got underway let alone concluded. So one wonders why the Dean was suspended in the first place.

Two months ago Bishop Dakin announced that Dame Heather Steel had been commissioned to lead an investigation into the Dean’s handling of HG’s complaint which feeds into John Gladwin’s Visitation. One is to assume that apart from the investigation into the Dean’s handling of HG’s complaint it will include the decision and manner of her deportation from Jersey. On page 41 of her Report Jan Korris states “It is clearly a matter of concern that a vulnerable adult in such a distressed state could be removed from Jersey with no thought to her imminent care needs.”
Unfortunately it is only an assumption because although the whole investigation is supposed to be based on safeguarding and the need for full transparency and accountability, no Terms of Reference have been published. It has been rumoured that Dame Heather wanted a no holds barred investigation which was considered to be too open for the Bishop. Could that be the reason for Dame Heather’s failure to get under way?

I am not the only one who has sought clarification or indeed an update on what is really (not) going on. However apart from notification that the Bishop had personally apologised to HG, which she says is completely untrue, the wheels of the Bishop’s chariot which were never secure appear to have come off.

It seems ironic that Korris who was critical of the Dean’s handling of HG’s complaint claimed that all the way along the line everything came too late. It seems that Bishop Dakin has learnt nothing from the report and his apparent lack of leadership and procrastination is now becoming an embarrassment.

It is also unfair on the leading players in the affair; allegations have been made against the former Bishop, the Safeguarding Officer, the Dean, his wife, the Vicar and the Church Warden. They are entitled to know whether the second part of the Visitation is going ahead.

Most importantly the procrastination is most unfair on HG who is the real but forgotten victim of what is becoming a complete shambles on top of the unholy mess created by the Dean and former Bishop. In previous Blogs I have stated that before the Visitation got under way personal apologies and tangible assistance should be given to HG.  These are still awaited.

In addition there are other questions that need answers. It is said that beauty is in the eye of the beholder. The same could be said of perception particularly in small communities like Jersey with its infamous “ Jersey Way .” Therefore one would have hoped that before anyone was appointed as a member of the Visitation Panel any suggestion of conflict whether implied or perceived would deem them, no matter how well qualified to be unacceptable.
If one accepts that principle then one must question whether someone who is a member of the Dean’s congregation at St Helier’s Parish Church and recently listed on its Electoral Role is a wise appointment to the Panel.

By the same token Dame Heather is a former Judge of the Court of Appeal in Jersey and a former colleague of Senator Philip Bailhache. Dame Heather accepted Senator Bailhache’s invitation to be a Speaker at his 2010 Conference called “Dependency or Sovereignty? Time to take Stock.” A fellow Speaker was Advocate Richard Falle who was the Magistrate responsible for HG’s shameful removal from Jersey.

If Dame Heather is to conduct her investigation in line with the Korris recommendation on page 41 of her Report, she will be required to question Mr Falle. Dame Heather will also have to investigate members of the States Police who arrested HG but did not charge her until 12 hours later after taking statements from the Dean and former Bishop. They also successfully opposed her Bail. Therefore one is entitled to ask why a Member of the States Police is assisting Dame Heather.

While there must be transparency, witnesses when necessary should be entitled to confidentiality particularly in Jersey where there is a genuine fear of reprisal and/or marginalisation for anyone coming forward with evidence questioning the role of “Establishment” figures. The current composition of the Visitation Panels is deterring at least two witnesses submitting evidence. HG has also made it abundantly clear that she will not appear before the Dame Heather Panel. Unfortunately no one is listening.

The football season has not yet commenced but Winchester is already conceding a number of own goals. The normal remedy is to replace the Manager but no one is holding their breath. It was suggested at the outset by the Dean’s supporters led by Senator Philip Bailhache are calling all the shots. It also lays weight to the belief that Winchester ’s concerns about HG are just a smoke screen as a cover for the real agenda that being Constitutional matters. Regretfully that is now becoming abundantly clear.
I am not the only Doubting Thomas but regretfully am being joined by an ever growing number of sceptics who doubt whether the Church of England really gives a damn about the vulnerable and last weekend’s General Synod Conference at York was just another case of hot air and humbug.
Posted by Bob Hill at Tuesday, July 09, 2013